Repertory Dance Theatre believes that each of us has a unique “sense of place” that can be explored through movement and art.

RDT and many people, in the Southwest and beyond, agree that our lands and our waters have a sacred character to them. They are our sustenance. They literally ground us in the world, and they call to a deep and abiding place within us; the notion of “home.”

RDT’s latest commission, “Dancing the Bears Ears” is linked to the newly pro- claimed Bears Ears National Monument in southeastern Utah. The new monu- ment is 1.35 million acres in size and gets its name from two twin 9,000 foot buttes that are visible from most of the Four Corners Region and mark a remote and spectacular landscape.

In 2016, RDT petitioned the NEA for funding to enable us to explore the region and to create a dance in response to its high mountain peaks; deep canyons; long, broken mesas; astounding arches and stately red-rock cliffs. RDT commis- sioned Zvi Gotheiner to create this work and he agreed to bring his company members on the journey alongside RDT.

The two dance companies were eager to experience firsthand the energy and spirit of Bears Ears and we em- barked on a mission to gather information and inspiration for a new work. As artists, we wanted to allow the history, the sights and sounds of a landscape to literally “move us.” We formed a partnership with the Utah Diné Bikéyah (a non- profit organization that works toward the healing of people and the Earth by supporting indigenous communities in pro- tecting their culturally significant ancestral lands), to learn more about this incredible area.

Guided by 3 Diné elders, our group of 18 artists spent a week hiking, exploring, listening, contemplating and impro- vising. As we traveled throughout the region, we opened our eyes, hearts and minds to the breathtaking landscape. We soon realized our sense of time was changing. There was little cell phone coverage and soon everything became an adventure. The dancers gathered daily for improvisation sessions. The things they saw, heard, sensed and experi- enced were going to be translated into movement.

Lands within the Bears Ears region are among the most culturally significant in the country. The area is world renowned for the integrity and abun- dance of cultural and

archaeological resources. The creation of the new Bears Ears National Mon- ument is the culmination of unprecedented work by the people of Utah...conservationists, environ- mentalists, recreationalists and by five Native American tribes, the Navajo, Hopi, Zuni, Ute and Ute Mountain tribes. Multiple indigenous cultures have inhabited, crossed and built civilizations on these lands.

During our time in Bears Ears National Monument, we spent time listening to the concerns of native people who see the area as a place for healing. Native Elder Regina Lopez-Whiteskunk said, “ Na- tive Americans have always maintained a relation- ship with the land. The Bears Ears is home to the dwellings of our ancestors, the final resting places of our people, and sacred areas where our people still collect traditional herbs and medicines today. But it is also home to oil and gas and potash. Like so many ancestral lands, the Bears Ears is threat- ened not only by looters and grave robbers, but by mining and oil and gas companies.” We also learned that, the animal, the bear, figures promi- nently in the mythology of nearly every Native American tribe. In most Native cultures, the bear is considered a medicine being with impressive magical powers, and plays a major role in many religious ceremonies. Bears are also symbols of strength and wisdom to many Native Americans, and are often associated with healing and medi- cine.

When we returned to Salt Lake City to work on the choreography of the piece, we agreed that this experience had somehow “changed” us. Dancing the Bears Ears is a work filled with our memories, filled with fragments of stories and laced with the spirit of ancient inhabitants. But mostly, it is a dance about how this incredible landscape affected us, healed us, and brought us into a harmonious place. The dance is a “new ritual” to raise consciousness about the im- portance of this amazing area.

Conduct research using a variety of resources to find information about a social issue of great interest and use the information to create a dance study that expresses a specific point of view.

Discuss whether the experience of creating and sharing a dance reinforces personal views or offers new knowledge and perspective.

Interpret and show how movement and qualities of dance communicate cultural, historical and/or community ideas and perspectives of culture, historical period, or community purpose or meaning.

We would probably do a couple paragraph explanation on how to avoid cultural appropriation and how to inspire creativity from the culture and still respecting the culture. 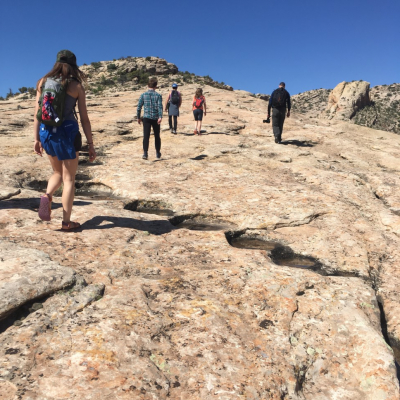 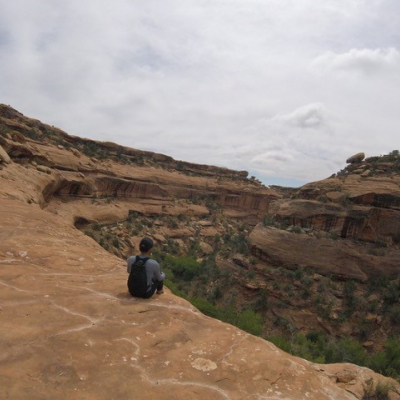 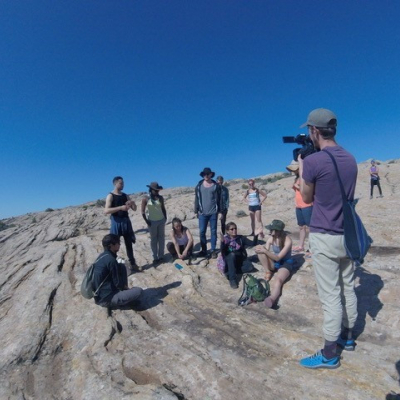 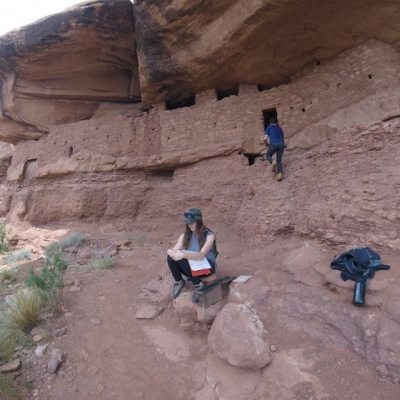 What People are Saying

The diversity of the dancers really spoke to my students! It was great to see boys and girls dancing, and different races. The high level of engagement was so refreshing and got students excited about thecontent.
This activity was valuable because it helped students make connections between dance, rhythm, healthy lifestyles, and expression. The students were impressed by the talent of the dancers and it was motivating to them.
Opportunities for art and expression are so limited at school but so essential and valuable for all students, especially those who struggle to learn through traditional methods. My Kindergarteners have been dancing since you left!
This was so engaging. I looked around the auditorium and every student was watching. Not one person was talking or distracted
This activity is valuable to teachers and students because it gives them a creative outlet. We need movement in the classroom to engage, energize and deepen student learning.
I got great ideas on how to incorporate movement into math and science lessons.
I loved how you made movement and exercise relatable to the students. The dancers were full of energy and there was very little down time so students stayed engaged.
Our children were captivated by the performance. They listened to you and they were learning without knowing. They usually giggle when bodies are shown and talked about. But the way you presented it was so tastefully done, they now do poses and movement around the room and outside. You brokesome barriers and they took that permission and literally ran with it!

© 2022
A Project of Repertory Dance Theatre